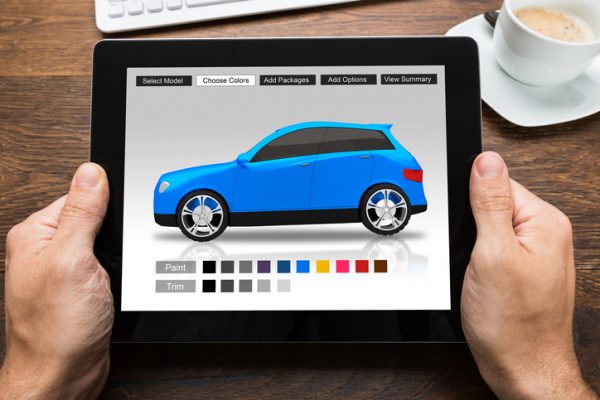 As one of radio’s top-spending categories, the role that radio plays in the car, as well as car sales, remains a dominant force. Radio reaches consumers (or auto-buying intenders) while they are in their car – on their way to work or just running errands.

As the events of this past March progressed and many people found themselves homebound, things changed. However, the role that radio plays in driving traffic to auto dealer websites did not. Radio was effective at driving search for dealerships pre-COVID-19 and continues to do so today.

As a broadcast medium, radio is effective when trying to reach auto-buying intenders. Radio reaches 92% of adults and Hispanics whose households plans to pay $30,000 or more for a vehicle and 93% of Blacks/African Americans, according to Scarborough. Radio also drives search.

Across an array of 352 auto dealers with over 549,000 ads in 2019, radio increased web traffic by 10%, delivered 3.4 new visits per every auto radio ad aired and nearly two million new web visits, according to NumeriOwl (powered by AnalyticOwl) data analysis. Not only was radio effective at driving web traffic, it also drove foot traffic.

According to a McKinsey & Company survey, as weeks progressed post-March, the preference by auto shoppers to buy in-person declined compared to how they had previously purchased their vehicle. Despite business closings and consumer fear, during COVID-19, radio continued to do what it does best – driving traffic.

While many people remained at home, site visits by day tells the story of how habits have shifted. Searches for automotive dealerships appear to remain level Tuesdays through Friday, with the greatest spike on Saturday. Mondays had the lowest amount of search activity. 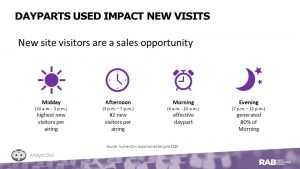